>> Updated list of laboratories where to perform the Covid-19 test < 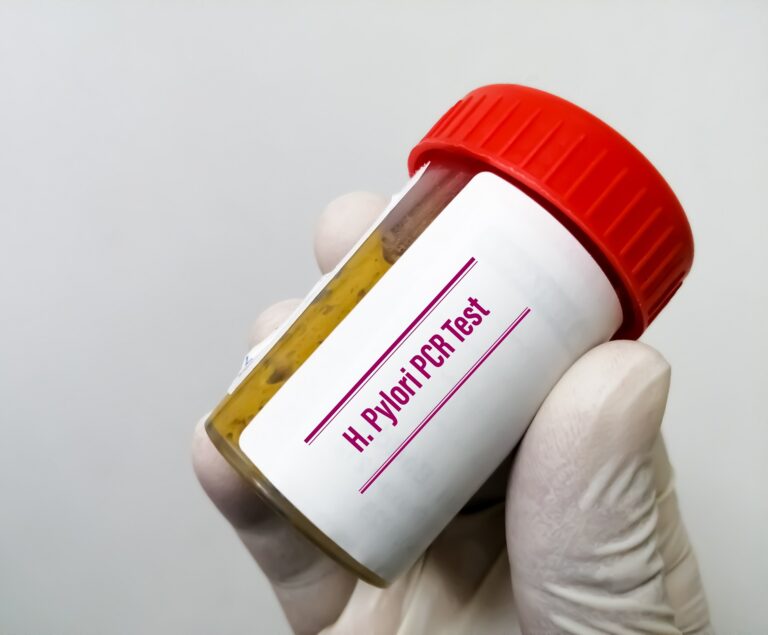 Once gastric infection occurs, an inflammatory response develops in the stomach, causing chronic gastritis. Although as stated above only a small percentage of patients will develop symptoms despite suffering from this gastritis, it seems to depend on both host factors and the Helicobacter Pylori strain causing the infection.

Helicobacter pylori infection has been shown to is the main cause of gastroduodenal ulcer and its complications and its pathogenic role in the development of the gastric cancer and gastric MALT lymphoma. Sometimes the symptoms are not so intense and only manifest as gastric discomfort and poor digestion, which is known as functional dyspepsia, which often improves by treating the infection by this bacterium.

TEST FOR THE DETECTION OF HELICOBACTER PYLORI

It is proof that enables rapid and accurate automated detection for the most common gastrointestinal pathogens, which cause infectious diarrhea, gastritis, and other gastrointestinal symptoms and pathologies. These tests provide doctors with the information they need to make the best treatment decisions and achieve better outcomes for the patient.

The physician must carefully interpret the results of the Gastrointestinal Panel in conjunction with the patient's signs and symptoms as well as the results of other diagnostic tests.

Some microorganisms can be carried asymptomatically. the detection of the organism does not imply that the corresponding organisms are infectious or that they are the causative agents of the clinical symptoms.

To conduct a study GASTROINTESTINAL NETWORK:

DETECTION OF THE MOST COMMON GASTROINTESTINAL PATHOGENS 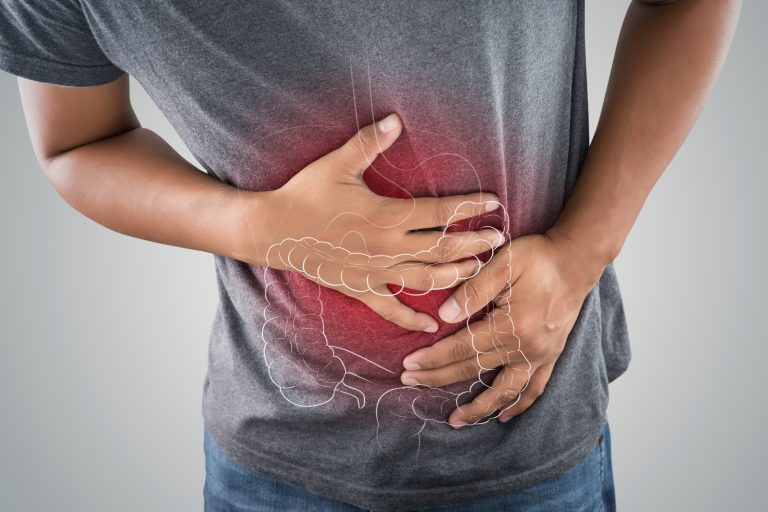 WHAT IS BACTERIAL OVERGROWTH?

El small intestine bacterial overgrowth (sibo) is characterized by an increase in the number or a change in the type of bacteria that grows in the small intestine. SIBO can be marked by the overgrowth of pathogenic bacteria or beneficial bacteria, but any form of increased intestinal flora it becomes detrimental to gastrointestinal and systemic health.

SIBO has been a topic of interest in the international gastroenterology community since the late 1990s, and awareness of what augmented bacterial flora means has spread rapidly in the last decade. Despite the general medical consensus on causes, manifestations, and treatments for SIBO, many aspects of this condition remain a mystery.

WHY IS THERE BACTERIAL OVERGROWTH (SIBO)?

These defense mechanisms include:

Thus, the risk factors for SIBO are those that can compromise the different defense mechanisms: achlorhydria, chronic use of acid-blocking drugs, chronic pancreatitis, diabetic neuropathy and immunodeficiency, alteration of the migratory motor complex (MMC), creating waves of smooth muscle contraction to cleanse the gastrointestinal tract, is another major risk factor.

SIBO has also been found to be more prevalent in patients with other gastrointestinal disorders, such as celiac disease, Crohn's disease, and irritable bowel syndrome (IBS), than in the general population.

DISORDERS THAT IT CAUSES:

What is meant by increased intestinal flora translates into symptoms derived from three different aspects that can develop depending on the intensity and prolongation of the problem over time:

-Symptoms derived from a defect in absorption: as SIBO progresses or is prolonged over time, signs of malabsorption may predominate, such as steatorrhea, weight loss, malnutrition, or osteoporosis. In some cases, abnormal laboratory results are the first clue to the presence of SIBO: iron deficiency anemia, marked by low levels of ferritin, can be the result of a combination of occult blood loss and bacterial absorption of iron through intestinal level. Vitamin B12 deficiency can also be the result of bacterial absorption, producing macrocytic anemia. Malabsorption contributes to fat-soluble vitamin deficiencies, including vitamins A, E, and D. Conversely, levels of vitamin K and folic acid can increase as a result of bacterial synthesis.

-Systemic symptoms may also appear due to the alteration of the function of the intestinal barrier. that is, increased intestinal permeability, with joint pain, skin rashes, mood swings, fatigue, hypersensitivity processes and food allergy or autoimmune diseases coexisting.

HOW CAN I KNOW IF I HAVE BACTERIAL OVERGROWTH?

Breath tests are based on the concept that ingested sugars will be fermented by bacteria in the small intestine, creating gases (hydrogen and / or methane) that diffuse into the bloodstream and are released into the exhaled air. Hydrogen and methane are produced exclusively in the large intestine in healthy humans, but they are also produced in the small intestine in SIBO patients.

Certain bacteria, including Enterobacteriaceae, Bacterioides, and Clostridium, produce primarily hydrogen rather than methane. Other bacteria, called methanogenic, produce mainly methane. These are members of the Archaea domain, including the Methanobrevibacter and Methanospaere species. The United States Consensus Group recommends that hydrogen, methane, and carbon dioxide be measured simultaneously during breath tests.

That said, the test can be performed using glucose, lactulose or lactitol as a substrate.

The bacterial overgrowth test with lactulose is identical to that of lactitol since they are two substrates that act identically, so from now on everything that refers to the lactulose test will also be valid for the lactitol test.

It is based on the fact that glucose will be fully absorbed in the small intestine of all people. That is, glucose will never reach the large intestine. In this way, what happens when the bacterial flora is increased in the small intestine is that, after the ingestion of a controlled amount of glucose, there will be a peak in the concentration of hydrogen and / or methane due to the fermentation produced. at this level and therefore we would obtain a positive glucose test for SIBO.

Unlike the glucose test, it is based on the fact that lactulose is not absorbed at all in the small intestine and the entire amount ingested will reach the large intestine intact. Thus, in a positive lactulose test, two peaks will be obtained in the concentrations of hydrogen and / or methane, one corresponding to the fermentation produced by the excess flora of the small intestine and the other to that of the flora of the large intestine.

One of the advantages of the lactulose test over the glucose test is that, as SIBO is more likely to develop in the more distal portion of the small intestine, as glucose is absorbed in the proximal small intestine and lactulose traverses all the way until the colon, it is possible that using the glucose test some SIBO is not detected because it has been absorbed before making contact with the area in which the flora is increased.

WHAT ADVANTAGES DOES OUR BREATH TEST PROVIDE FOR BACTERIAL OVERGROWTH?

It is the aspirated air test that has the great advantage of evaluating hydrogen, methane and carbon dioxide at the same time. This circumstance allows AIRTEST to significantly reduce the number of false negatives and have control over the quality of the sample, compared to other breath tests that only quantify hydrogen.

WHAT DOES IT CONSIST OF AND HOW LONG DOES THE TEST LAST?

This test consists of measuring the hydrogen and methane concentration in the exhaled air before and after administering a solution with a certain amount of lactitol orally, at intervals of 25 minutes to 175 minutes, for which the patient will stay for approximately 3 hours. In our instalations.

Results will be available in 7 business days.

I NEED A BACTERIAL OVERGROWTH NETWORK (SIBO) WHAT SHOULD I DO?

Exhaled air test for the diagnosis of expired overgrowth 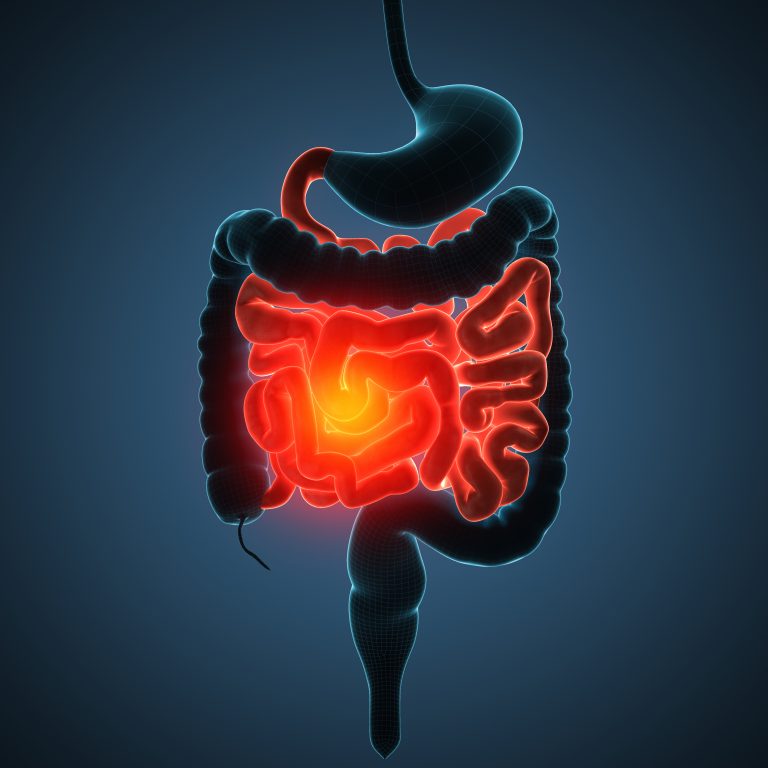 WHAT IS INTESTINAL PERMEABILITY?

The intestine plays a fundamental role in maintaining our health since it is one of the main ways of contact between our internal environment and the environment through everything we eat. For the proper functioning of the intestine, the functions developed by the intestinal mucosa and by the flora or microbiota are extremely important.

One of the tasks performed by the wall of the small intestine is to absorb or assimilate micronutrients such as vitamins, trace elements, amino acids, fatty acids, ... essential to achieve optimal health.

The role of the small intestine will be optimized, or not, depending on the state of the cells that make up its wall. The intestinal wall behaves like a filter, allowing microelements to pass through and preventing the passage of macromolecules.

-The repeated introduction of food antigens through the intestinal mucosa could be responsible for immune responses mediated by IgG or IgE antibodies, resulting in a chronic inflammatory reaction.

WHAT DOES THE INTESTINAL PERMEABILITY NETWORK CONSIST OF?

In order to determine the existence of altered intestinal permeability, we have a non-invasive test. This is an analysis that consists of making the patient absorb a solution that contains 2 sugar-alcohols, which are not degraded or metabolized by the body and are of different sizes:

The urine of the patient is collected in its entirety during the 5 hours after taking this preparation, meanwhile the patient remains fasting and is only allowed to drink water in the last 2 hours of the test.

Once the molecules in the urine sample have been quantified, it is considered that:

HOW IS THE TEST DONE?

The duration of the test will be 5 hours.

Results will be delivered within 3 weeks.

I NEED A BOWEL PERMEABILITY NET WHAT SHOULD I DO? 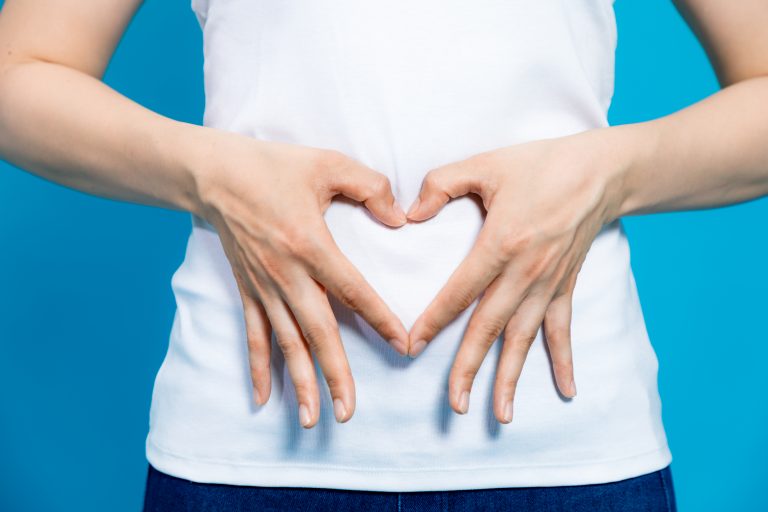 WHAT IS INTESTINAL DYSBIOSIS?

Intestinal dysbiosis is an imbalance of the intestinal flora that reduces the absorption capacity of nutrients and causes vitamin deficiencies. This imbalance is caused by a decrease in the number of good bacteria in the intestine and an increase in bacteria capable of causing disease.

WHAT IS INTESTINAL DYSBIOSIS NETWORK?

To reveal intestinal dysbiosis, the assessment of organic metabolites in urine is recommended. This technique provides precise indications regarding fungal or bacterial proliferation at the intestinal level. It consists of identifying and quantifying a series of molecules produced by fungal (yeast and fungi) or bacterial metabolism, which are not produced by human metabolism or modified by its enzymatic system and which are also eliminated through urine. Thus, depending on the metabolites detected, the presence of one or other dysbiotic microorganisms will be distinguished in this test.

The main symptoms of intestinal dysbiosis are:

Collect the first morning urine (preferably on an empty stomach) in a sterile container.

Results will be available in 3-4 weeks.

I NEED A BOWEL PERMEABILITY NET WHAT SHOULD I DO?